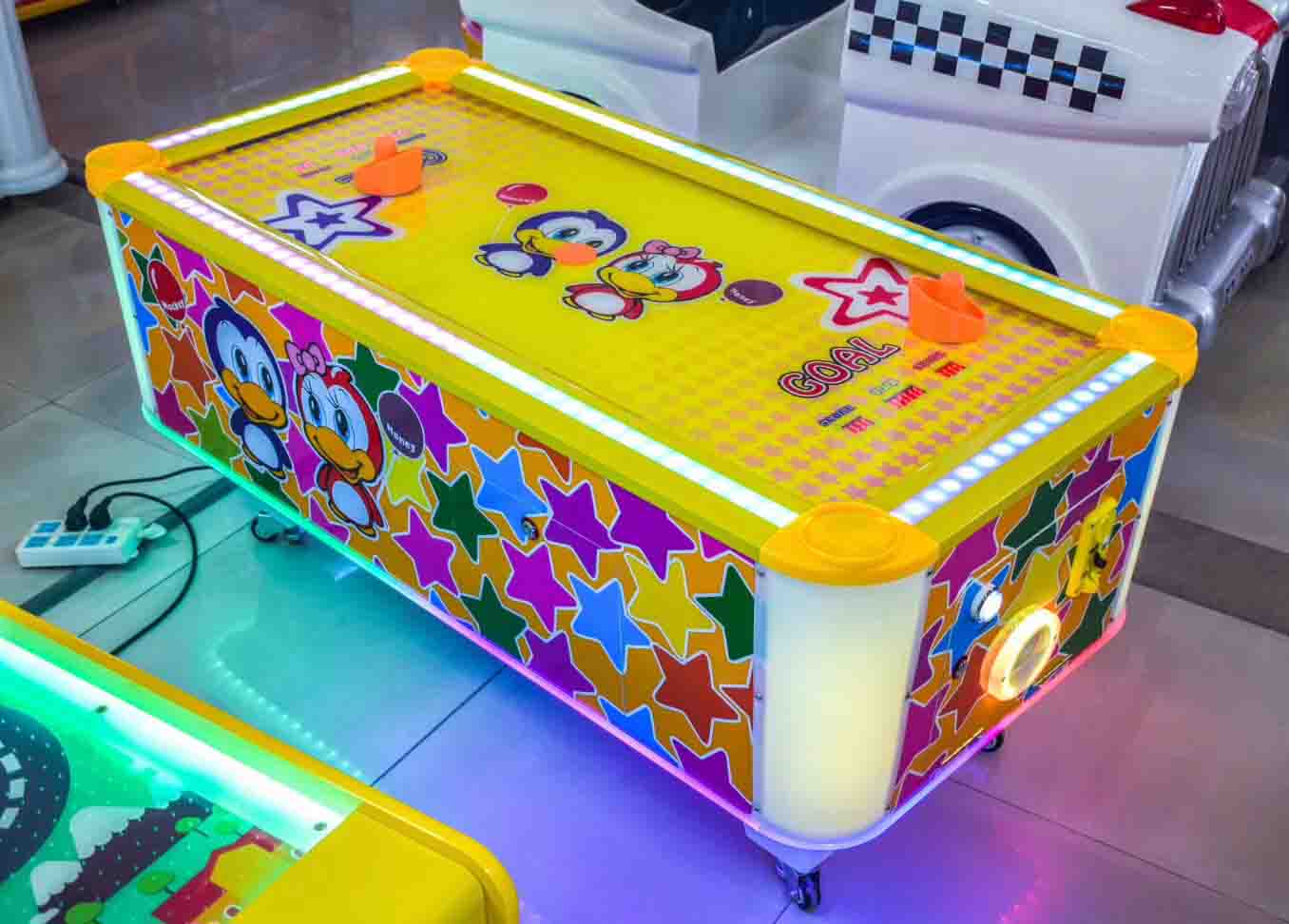 I don’t know whether all your viewers have played air hockey ball before today’s discussion. In fact, air hockey is a table-based game that requires two players to play at a low-friction table. They will separately hold a striker that is used to hit the puck. Air hockey table is made with a very slippery and smooth surface that can largely reduce friction so that the puck can fly on the cushion of air. Actually, this game is more like billiard that is known to many people as a kind of game also run on a table. Also, it is very suitable for you to play air hockey with you friends because you can make a competition with each other.

About the Boom-A-Rang Hockey table

The air hockey is mainly run on an air hockey table that has a large smooth playing surface. Around the table surface, there is a surrounding rail that can prevent the paddles and puck from flying out of the table. The Boon-A-Rang hockey table is one of the newest types of hockey table, which is patently made by our company. It puts on a brad new design that makes it a cool twist on the classic air hockey table. Due to its compatible design, it can easily fit against the corner and wall to save your space. Over the table surface, there will be a surrounding rail preventing the fall of pucks, whose height can be customized according to your needs. Also, the rail is made of commercial grade ¾” plywood construction so that it can sustain a fierce hit. Even more, the cover is made of American’s long-term “wearguard” table finish so that it can survive years of heavy-duty commercial use.

The advantages of hockey table

The Boom-A-Rang Hockey table is designed to have an adjustable maximum time play and maximum score. If you want to make the score recording more apparent, you can consider connecting an optional overhead electronic digital scoring unit to the top of the table. But it will require extra cost if you really want to install it on your table. Our Boom-A-Rang Hockey table contains a commercial grade and industrial-rated blower, which can provide excellent performance and superior high speed while you are immersed in striking. At each end of the cabinet, there are an internal puck drop system and hinged panel so that you can easily get the service during the play. Finally, our hockey table also has sturdy ABS-injected table legs with changeable leg levelers that enables you to adjust it to a proper height when there is a need.

While you are using the striker to hit the puck, you need to control the strength so that it can glide in an expected way. The air hockey ball is considered a perfect game for two players that often refers to friends that are seen most in your indoor arcade game park.

If you want start and run an indoor playground, air hockey table is a arcade game that must be equipped.